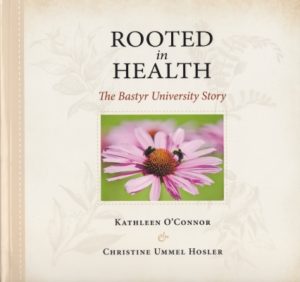 In September 2014, I was approached by Kent Sturgis, a colleague from my years in book publishing, about a book packaging project, creating a photographic history of Bastyr University. The writer originally contracted was unable to finish the work, and her draft manuscript was too dense and academic to appeal to a general audience.

Contracted as a writer-editor on a freelance basis, I reworked the existing manuscript, rewriting large portions of it to focus on the key narrative: how a small school passing on inherited naturopathic traditions evolved into a science-based institution conducting research in partnership with organizations such as the University of Washington.

After getting my draft vetted for accuracy by university administrators and key figures in Bastyr’s history, I submitted a final manuscript of less than 19,000 words, including short sidebars, a selection of factoids that could be used as design elements, and a historical timeline.

Christine led a one-woman swat team coming to the rescue of the editorial elements of a large book project that was in trouble due to the sudden serious illness of the original contract writer. Christine saved the day. Her work is outstanding. She is fast, competent, reliable, multi-talented, and deals effectively with other team members.